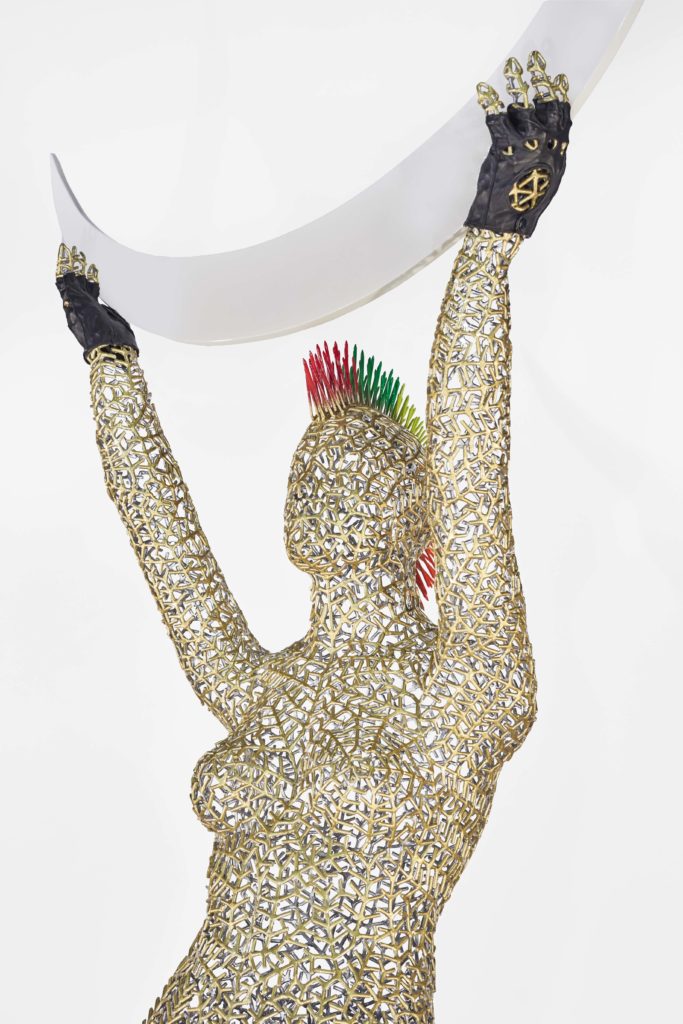 She comes from the water, so she’s daughter of the life, but also of a modern time, which continually changes.
The siren, brilliant and fascinating figure, mysterious and mythological, now would choose to be 2.0, alternative or more notoriously punk, perfectly based in metropolitan locations.
The symbol of a nonconformist beauty that remains intact during the time but, contemporarily keeping up with the times.
This siren is the vehicle between the sky and the earth, the moon and the asphalt of the cities, she seems that she wants to connect the planet’s reality with the cosmo’s irrationality.
She shows proudly a body which celebrates all her femininity and a style that glorifies her flair.
The moon that she sustains, represents the border between the appearance and the being, a shield that emanates light and strength against the stereotypes and immobilism.
The moon’s slice wants to launch a message humble but important: “nosce te ipsum”, from the latin “know yourself”. It is the etching that appears on “the other face of the moon”, so the one directed to the siren that represents the most discreet side of each one of us but also the truest and most rebel.
A warning to all those that are trapped in a reality which doesn’t belong to them, just like the urban siren, but that in a different way, they do nothing to let goes out what they really feel and, most of all, what they are.